As we can’t meet up in the Spirit of Speyside Whisky Festival, over the next four days I’ll have my own wee celebration at home. Feel free to join.

There’s been two days of squally rain. The air smells of fresh fish, the world washed clean. It was only when I looked at the date that I realised that different aromas should have been the order of the day: hot gorse, grass, wild flowers, pine and strawberry, a whiff of yeast and marmite (that’ll be Rothes). I’d have been looking out over a fast-flowing river, headed out along the track into birch and beech woods, checking the sky for any signs of snow. Back in Speyside for the festival.

Everything is out of kilter these days. The waypoints of the year have been uprooted and thrown into the bracken. We stagger blind down unmarked tracks, unsure what’s around the next corner, what possible danger lurks at the end of the tunnel. The bright light of release or the oncoming locomotive?

The Speyside Fest has been one of those waypoints. It signalled the start of the year’s big events. A meeting of the tribes.

Memories cluster. Early days based in Linn House as the festival found its feet. Martine Nouet’s legendary whisky dinners at Aberlour, a festschrift for Michael Jackson at The Glenlivet, smugglers’ walks into the wilds including one where an English-based writer threw a hissy fit because there was no coffee shop, Ronnie Cox’s farewell to Rothes House to a soundtrack of Led Zeppelin. DIY blending sessions in a hidden bar with Stuart Morrison. 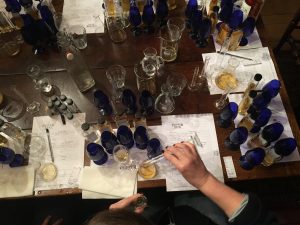 The annual pilgrimage up Ben Rinnes which started as a mad idea at 3am, then grew to such a size that we had to have mountain guides to accompany the crowds. The post hike tastings where the only theme was ‘distilleries you could see from the top’.

The often slightly blurry memories of opening dinners in malt barns and filling stores transformed into magical lands, including the one when [former First Minister] Alec Salmond, at his most sleekit and smirking, raised the giant quaich to announce the start of the weekend with the words, ‘Raise a glass to the Spirit of Tayside!’ to dumfounded silence.

Nights in the Highlander, Grouse Inn, popping into to see Old Joe in the Fiddichside.

The quiet breakfasts as you steeled your fragile self for the day ahead, before realising that the first event is the shopfloor tour of the Speyside Cooperage.

In the past few years I’ve based myself at The Craigellachie Hotel: that night with Lomond Campbell singing songs and drams, drinking ancient Craigellachie on the beach, the craziness of Dogfest, Lyndsey’s fiendish film quiz, the screening of Pulp Fiction with accompanying whisky cocktails in syringes and.. of course .. a disco; doing a sherry and whisky tasting with Charlie Maclean where the samples were doubled up – and the time when some bright spark appointed Charlie to be the unofficial Copper Dog ambassador for the weekend, a role to which he applied himself with gusto, pouring free drams for everyone who came in to the pub. Result… carnage. 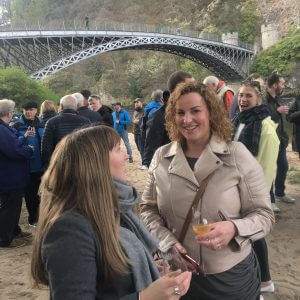 The astoundingly high levels of abuse at the annual Battle of the Villages: Dr Morgan’s excoriation of Rothes revealing tales of murder and sexual congress in greenhouses, Dr Sam Simmons’ sardonic songs. The faces of newcomers worrying that the teams actually really hated each other, locals howling with laughter.

Yes, it’s about distilleries and tastings and events, but what I remember are the chats and friendships rekindled and newly established, the toasts across the room, the short intense conversations, the sight of alleged distilling rivals laughing together, of the sense that this is ostensibly all about whisky, but is really about community.

See you next year.

Tomorrow: Identity; a new way of looking at Speyside