This one has been fermenting for a while and was going to be one strand in a new book (which is now postponed). Buckle up … blue sky (and beach) thinking about whisky ahead 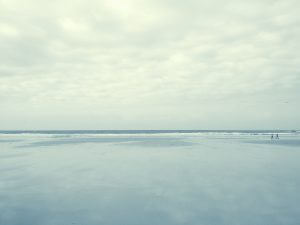 Regionality seems to have popped its head up up a lot recently, first at the recent World Whisky Forum in Seattle and then in chats in Australia and New Zealand. It wriggles in during discussions about defining a new style, embracing a place, trying to articulate difference and place in flavour, or seeing whisky as an agricultural product.

At the bottom of the regional rabbit hole you find a bottle labelled ‘Terroir! Drink Me!’ a hefty draught of which induces further derangement. For starters, there’s no English (or Scots or Gaelic as far as I can tell) equivalent to the term which results in people arguing it is an exclusively French concept. Others chip in that is it only relevant to wine, forgetting that Cognac, Armagnac, and Calvados producers justifiably use it.

The naysayers have a point. Whisky is different to wine, and those other spirits. After all, it can use barley from anywhere, distil in one place, then mature in another. This confounding web of locations makes it hard to pin flavour down to one element. Either terroir doesn’t apply to whisky, or we have to treat this slippery term in a different way which has led me to wonder whether we could we look at whisky from a bioregional viewpoint instead. ,

A bioregion being an area defined by geology, climate, flora, and fauna. Alan Thiem Durning puts it like this in his book ‘This Place on Earth’. “First you take a new look and define not by boundaries and politics or tax lines, but by watersheds.”

Now apply that to the Scottish whisky regions. The Highlands and Lowlands are separated by an ancient taxation line, rather than the boundary fault; Speyside’s boundaries are political constituencies instead of a watershed; the islands are lumped in with the Highlands. What relation does the north-east Highlands have to Perthshire, Angus, Fife, or Glasgow? Only Islay and Campbeltown can be said to be geographically defined.

Look closer to the whiskies made in each region and you can see that there are too many exceptions to make the region = single flavour argument hold true.

A bioregional map would redraw Speyside, it could create a Hebridean zone – and ask the question whether Islay should be part of that (it could be argued that it is only a region because of the volume of distilleries). Should the west coast distilleries have their own bioregion? Should a bioregion be defined by firths? By plotting Scotland in this way, regions cease to be lines on the map and become part of the land and the community.

What attracts me to the idea is the way that bioregionalism is based on human interaction with the land. Here’s Gary Snyder’s take from his essay ‘The Place, The Region, The Commons.’

“the flora and fauna are part of the culture [his emphasis]. Biota, watersheds, landforms, and elevations are just a few of the facets that define a region. Culture areas in the same way have subsets such as dialect, religions… myth, music, art.’

He uses the example of how Douglas Fir, the dominant tree species in the Pacific North West, signifies temperature range, rainfall, and therefore a type of agriculture, architecture, even clothing. Trees – or even rainfall – can teach you the spirit of the place. Now there’s something that Scotland can understand.

As he writes, ‘to know the spirit of a place is to realise that you are part of a part and that the whole is made up of parts, each of which is a whole. You start with the part you are whole in.’

People are part of the bioregion. Now apply that to islands and glens, firths, coasts, and cities. We identify with them unconsciously. ‘Where are you from?’ ‘This place. We are different. Not better, just different.’ Why? Culture and landscape. Geology, climate, rivers, climate, but also story, song, methodologies. All coalesce to create a sense of place.

Islay is different to the Spey’s watershed, Orkney is distinct from Glasgow. A region isn’t defined by flavour, but by place, out of which flavours may come.

This is not to discount the individuality of the distillery, or restrict innovation or experimentation in flavour. Distilleries are individuals, each creating its own unique character which has primacy over the currently defined region (not all Islay whiskies are peaty, not all Speyside whiskies are light).

Bioregions are not necessarily defined by flavour, but by approach and a reflection on place. There is a lesson to be learned here from wine. When Italian winemakers began to use classic Bordeaux varietals in their ’Supertuscan’ wines in the 1980s they didn’t make Bordeaux lookalikes but an Italian variation on that theme.

The ‘Bordeaux blends’ from Margaret River and the Napa are different to each other – and to claret. That’s not just driven by terroir, but is a cultural sensibility at work.

You can make a smoky whisky in Speyside, but it won’t be like one from Islay, not just because of the peat, but because of the influence of the whisky culture. Conversely, you can make unpeated whisky on Islay, but with an Islay take.

Ireland is a good place to examine this. The Dublin whiskey maker, I’d argue, will have a different thinking to that of the bonder in Clare or the distiller in Dingle or the Blackwater Estuary – one reason why the definition of single pot still as being effectively the old Dublin style is so wrong (something we’ll return to, fear not).

A bioregional approach is about the distiller pausing to ask, ‘why here’? Why were the stills this shape? What was the motivation? Where are we, who are we?’ It is the same process which underpins biodynamic or organic farming/winemaking, making you look deeper and more intently at what is around you. 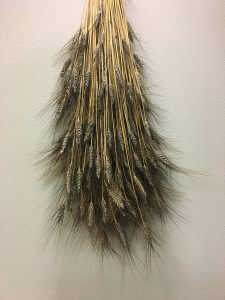 Topography, climate, cereal, varieties, peat help to provide flavour possibilities, which are also triggered by cultural conditions such as history, palate, and approach.

The individual distillery is the terroir. The bioregion is the bigger picture which gives the geographical and cultural context.

That then opens up new possibilities for location-specific/appropriate cereal varieties (another topic to be chewed over soon), rediscovering landrace grains, looking at sustainability, digging deep into history, asking what is special about this place?

It’s an option, not the imposition of new regional laws and rules, but at a time when the local is a significant motivator in purchase decisions it seems to makes sense.

Rather than paying lip service to an outmoded idea of region, defining place opens up a more valid connection to land, location, community and, who knows, it might just help to make interesting whiskies.