And so, it happened. A turn the handle, the susurration of new make into the cask. The fact it was on screen gave it all a dream-like quality which, on reflection, was appropriate. Brora was not just open, it was producing after 38 years. For years, tasting Brora was to be at a seance. And now, the sound of the liquid hitting the wood, filling the void. Corporeal once more.

What is was like we couldn’t tell, this being Covid times, but the preamble to the cask filling saw Jim Beveridge and Donna Anderson speak of ‘basic operating parameters’, and ’process design’. Jo McKerchar from the archive mentioned finding books of figures which allowed manager Stewart Bowman (whose father was the distillery’s last excise officer) the understanding of how to work things. It all seemed analytical, but then Jim added, ‘and then it will do what it will do… and it will be Brora… as it was then’.

There’s a subtext here that, as with all distilleries, once things are set in motion at some point flavours will warp and shift and the distillery will decide, into what configuration they will fall.

There are other questions within that. Which Brora will it become? The heavily peated one of the early 70s, the virtually unpeated one from the 80s? Can you even recreate the past, or has the passage of time and the knowledge gained in the intervening years made that impossible? Maybe Brora simply shake itself off, flex its muscles and do what it always had done?

Its story is a strange one. The Clearance distillery, which became a workhorse, replaced by a younger model, (did Scotch have a mid-life crisis?), then brought back like a redundant worker when the call came to make heavily peated spirit for blends, then discarded once more. A life in service, but never as front line player. Brora was always in the background, the odd one, hard to understand.

And yet by 2000 a cult had formed around it. Why Brora though, rather than, say, North Port, Caperdonich, or Convalmore? The reason could be as simple as, like Ardbeg and Port Ellen, it was smoky, and therefore in line with the tastes of the new wave of malt lovers. Maybe, as per that pair, it was because it was still a physical entity allowing us to ask the question ‘what if?’ It was they who saved Brora, not canny marketing.

Perhaps it was deeper than that, more psychological. Could it be that Brora’s outsider character chimed with the personalities of a certain type of iconoclastic whisky lover? 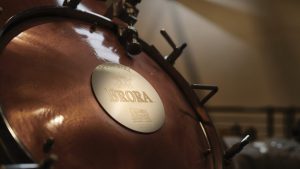 Most great whiskies strive for an accepted ideal standard of beauty with all their elements in the correct proportion. They are poised, polished, naturally elegant. Brora refuses to play by those rules, and it is this tension, this teetering at the limits of orthodoxy, which makes it compelling – especially in the examples from the 1970s. Brora’s qualities lie in its defiance against conformity.

Different rules apply here. Flavours and textures are pushed beyond the safe and pretty into areas which bear no resemblance to what whisky ‘should’ taste like.

Brora, you see, isn’t a sophisticate. It may now be priced at a luxury level, but it’s never seemed happy there. Others in that rarified grouping wear whisky’s equivalent of bespoke clothes, comfortable in their place within whisky’s self-appointed aristocracy. Brora is there, scratching itself in an itchy tweed suit.

It wasn’t one of those drams which had bought its place at the top table, but the odd one out. The ghost at the feast, the stranger at the gate.

The new triptych shows this – especially the brace from the 70s.There are fruits here, but they are so wrapped up within the oils and waxes that they seem like simulacra of fruits. Not the thing, but an approximation of it. A list of flavours and textures cannot convey the full effect.

The ’72 seems to be whisky at its most primal, the ’77 a shape-shifter, moving between the waxy/oiliness, tropical fruits, and a cigar box like dryness. A whisky which has moved into a different dimension. It’s not a crowd pleaser, but weird and marginal, and therefore compelling.

Tasting them was hard because the experience was both all-encompassing, yet elusive in terms of being able to articulate an effect which transcended the staid old formula of nose, palate, and finish. Needless to say I still did it [click here], but trying to fix them in that way was reductive, almost doing them a disservice. They exist in a different space to ‘whisky’.

Maybe that is the attraction – Brora is slippery, it reveals the limits of language. It is out there. Liminal. Here’s hoping that, in time, more can discover how Brora does what it does. It doesn’t deserve to be solely the preserve of the wealthy.