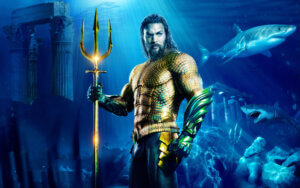 It was in Wuyi four years ago when it happened. The night before had seen a remarkable pairing of Da Hong Pao tea and Johnnie Walker and it was time to dissect the discoveries and see how to build on what we’d learned. As ever, the conversation drifted – whisky’s a big subject after all.

I began to talk of how I’d been told that research had shown that most people will only retain three pieces of information in any presentation, a fact that was somewhat chastening to someone who makes a living writing, and talking, about whisky.

After all that effort, all that time, all they walk away with just three things? You could give up or, armed with this, work out what trio of points you feel are the most important. (This, it transpired, became particularly important in the Zoomy days of Covid when everyone, presenter included, was more easily distracted.

To be honest, I began cheating. Convinced that nine wouldn’t be beyond the capabilities of people I divided talks into three main points, then each of these into three. Did it work? You’d have to ask the participants.

I mentioned that the rule of three could even be applied to key elements in a whisky’s character. Talisker for example is sweet, smoke, and umami. It’s that “malt is pointy, blends are round” thing again.

All of this focuses the mind as to what is important, what sticks, and how to make it stick.  Whisky, after all, is about reduction, so why shouldn’t a talk be a distillation of facts as well?

It goes for language as well, my Chinese friends tell me. Scottish distillery names are hard to get your tongue around.

The solution, they told me, was to give whiskies (or distilleries) nicknames. It makes perfect sense. Find a parallel, a quality, an image which reflects character, that’s easily remembered – and fun.

So, Brora is ‘big cat’, Clynelish ‘little cat’, Mortlach ‘the beast’. What, they then asked me, would the rest be? Some animal to link whisky, and taste in a memorable way. Make it stick. ‘What would Talisker be?’

Simple, I thought. It’s a sea dragon. The distillery’s beside a sea loch, there’s one on the label. In fact, in the manager’s office there used to be a sea snake pickled in a bottle. I sat back and took another sip of yellow wine. ‘No,’ came the reply. ‘Lagavulin’s the sea dragon. Try something else.’

I was stumped. If not a mythical beast, then what of a god – Poseidon perhaps? Amphitrite his wife? the monstrous Ceto? It was pretty obvious from the word go that translating Greek myth into Chinese would be even more complicated than finding the correct way to pronounce Teaninich or Dailuaine but, unable to think of anything else, I persevered.

‘What about Triton? He was a merman, so there’s a slight visual link… and it would fit with the trident…’

I dimly recalled that they were enemies in the old DC universe, but Aquaman had recently been released in China – and he had a trident.

‘Talisker – the king of the sea?’ I said. ‘That works.’ I think of Loch Harport, some sea god rising from the depths, trident in hand. ‘Yes, Talisker is King of the Sea.’ We clinked glasses.

That sticks… doesn’t it?