One of the highlights of last year was a gig by AMM, the improvising group/collective/cluster which has been making its singular contribution to sound since 1965. This night is was as a duo – Eddie Prévost with a collective of drums, tam-tam, cymbals, beaters, and Keith Rowe on electronics, samples, and boxes with wires.

Prévost has been a constant thoughout AMM’s existence, Rowe for almost as long (though he left for complicated reasons for a period), as was pianist John Tilbury, who joined in 1980. The members (if that is the correct term) play together in different configurations, but what they play on those other occasions isn’t AMM, which begs the question what is AMM – and when does it stop?

The gig was a continuation of a week of celebrations held at London’s Café Oto, of Prévost’s 80th birthday under the title ‘A Bright Nowhere’,  and thoughts of time, age, and human frailty were an undercurrent to the evening.

Tilbury is too vulnerable to travel, his grand piano standing there almost as a monument, Prévost is losing his sight, while Rowe has Parkinson’s. The chat in the queue outside was whether this might be AMM’s final performance. Prévost, as we feared, confirmed it was. When does AMM stop? Tonight. 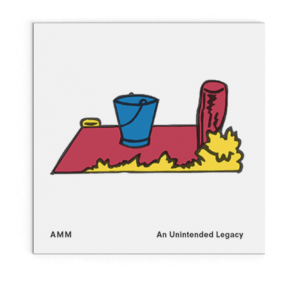 It started. Prévost’s bowed cymbals and tam-tam, gentle, then abrasive – metal screech, overtones – then Rowe coming in. It was soon hard to tell who was making the sounds, and also how they were being made.

Over the years he reduced the guitar to a tabletop instrument, then a neck with strings and pick-ups, Now only able to use one hand he uses electronics and samples to add textures, interventions, conjuring  voices from the ether, drifting fragments floating amongst the crackles and howls.

Out of the miasma he summoned Purcell’s ‘Funeral Music For Queen Mary’, then a sample of Tilbury playing. The  performance now became imbued with an elegiac feeling, the sensation of an ending. The past leaked in, was acknowledged, and absorbed. Brushes and bows, tones and samples, echoes and vibrations, an electric toothbrush vibrating on a drum. For an hour they played, building, layering sounds, adding, subtracting.

This is music which places you in a different space, demands your total attention. It’s quiet and yet intense, a meditative space. The sounds, quiet, sometimes harsh, dissonant, then delicate, then lulled back towards silence.

My love of this music started in Bristol. I didn’t get it to begin with, but over time I realised that the moments I loved the most in a jazz gig was when the music seemed to reach a peak, and then dissolve. 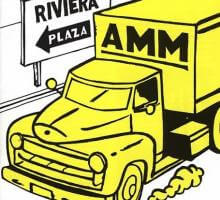 The rhythm went, the themes disappeared, melody was forgotten, boundaries disappeared and there was simply music. Loose, free and yet hugely disciplined, as on the musicians’ part it required awareness of what was happening around them.

What seemed random had, if not a pattern, then an intention. Then the theme would return and that apparent chaos was like the memory of a sudden hailstorm before clear skies returned.

That thrill led to free improv, musicians flying by the seat of their pants in basements, back rooms, festivals, or in Evan Parker’s case alone in a church in Bath; Art Ensemble of Chicago, Keith Tippett, John Stevens. Howard Riley, Tony Oxley, and Cecil Taylor… and more.

AMM always stood off to one side. Unafraid to be quiet, even ascetic in their approach. Never easy, never ambient. You lean forward and engage as the music groans and heaves, then subsides. It’s collaborative – not just between the players, but between them and the audience.

At the end, which was the end of the end, they appeared to have stopped playing, but a noise continued. Air conditioning, or them? They continued to sit, as did we, silent, listening. The noise switched off, then on again. Then off. They still sat, the vibrations remaining in the room. Prévost stood up. Looked around. Rowe did the same. The end.

So… what’s it to do with this thing called whisky? Thinking, listening, and tasting all involve emotion and engagement. All that any art or craft asks is that you pay it attention and be open-minded. 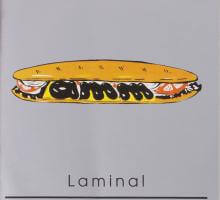 Instead of seeing music as being over here, weaving over there, and whisky somewhere else, you can appreciate threads of influence and approach. Each can be a key to each other. Open fields rather than each being contained within boundaries and structures.

Improv also puts you in the moment of creation. We’re back at the idea that whenever you engage with a whisky, that this the first time you have ever tried it, even if it is one you’ve encountered before.

This moment is your first meeting because the place, time, your mood, the company, temperature, you name it, is different. That idea of openness runs alongside analysis – the oak, the balance, the complexity, or in music’s case, how the sounds are being created.

What really matters is how you are engaging with it at this precise moment. It just flows.

Thanks to John Scott

A film is being made of the ‘A Bright Nowhere’ series, including this concert. Link here