The musician Keith Tippett died on June 14. He was not only someone whose music I have listened to and loved for decades, but a friend who helped me in ways which I am only now realising. 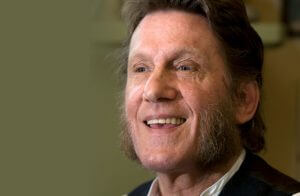 A sunny evening in 1984. I was new to Bristol, still finding my way around. Work had brought me there, but the motivation was less to do with the promotion (the heady heights of an assistant manager!) and more to do with music. Bristol was home to the Pop Group, Rip Rig & Panic, it had a huge reggae scene. What more? This.

It was my first time in the faded grandeur of the Avon Gorge Hotel. The massive terrace, sun going down behind the bridge, gilding the room. A mass of musicians filling one end, their leader behind the piano. Collarless shirt, waistcoat, mutton chop sideburns.

I’d heard of Keith Tippett, thanks to Centipede (his 50 piece/100 feet orchestra), and the fact he was married to Julie Driscoll, but this was the first chance I’d had to see him live. For the next couple of hours the music billowed and pulsed, free blowing passages cut with duos and trios, delicacy then sudden power. It was overwhelming.

Some things change the path of a life. That was one of mine. I began to haunt that unlikely room, an improbable home for improv; then other smaller, darker venues. Incredible musicians in a never-ending mix of configurations. No-one seemed to be writing about it.

I asked the local listings magazine if they would like an interview with Keith and Julie. Surprisingly, they said yes. As surprisingly, so did Keith. I wanted to write, but had barely written anything. I’d certainly never properly interviewed anyone before. Nor could I be described as a jazz critic.

Did I overstay my welcome that first day at Tortworth? Maybe. Probably. They were too polite to say otherwise. We drank cider and talked of music, and life in what’s seen to be music’s outer fringes (though that’s just a matter of perspective). He spoke of having to pick potatoes in order to feed the family when gigs were hard to find. 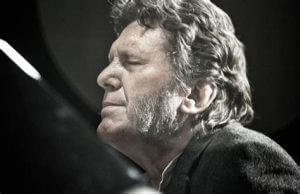 It’s only looking back now that I realise fully what a debt I owed him. By opening his home and his heart to this kid, he gave me a sight of a different future – one that didn’t consist of standing behind a counter recommending wines to go with chicken. If it wasn’t for that interview, that first published piece, I wouldn’t be here doing this now.

He became a friend, and I ended up in the collective putting on these weird left-field gigs to a mostly disinterested Bristolian public, then writing about them.

In our conversations he taught me how improvisation isn’t about self-indulgence and ego, but about listening; how important silence is. At every one of those gigs the musicians would leave themselves completely open, living and playing in the moment, trusting each other.

It was only years after that I began to see the parallels between that world and this one of writing. Not in a, ‘this whisky tastes like Miles Davis solo’ way, but in the manner in which you communicate through music or word.

Be bold, be brave, be honest. Find your voice, but be modest. Know when to shut up and listen. He taught me about music, about single mindedness and collaboration, of being true to self without being selfish. That it’s all right being out there on the margins. ‘May music never just be another way of making money,’ he used to say. 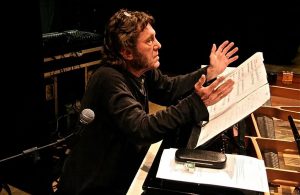 His music had the dynamics of Mingus or Ellington, nodded respectfully to South African township jazz, hinted at Irish folk themes. He played free and solo, those impossibly fast fingers summoning clustering low end reverberations, shifting into clouds of overtones. There were octets, orchestras, the extraordinary group Mujician and the ever-evolving duo with Julie. He improvised, he composed, he taught.

I left Bristol. Began doing this stuff, spent ever decreasing time at home, missed too many gigs, only saw him occasionally. Life gets in the way sometimes and then it’s too late. Never told him any of this. Maybe I didn’t fully realise it until now.

He always requested that people didn’t clap the instant the music finished. ‘Let the notes hang in the air at the end,’ he’d say. ‘Listen to how they fade, but they’re still there.’

The piano is stilled, but the vibration remains. Rest in peace old friend, and thank you.