This piece was first published in the late lamented (but still much loved) scotchwhisky.com. I’ll be occasionally uploading some of those for your delectation and because they are either relevant or I just like ’em. This was one of the earlier pieces I did on thinking of whisky as an agricultural product. Hope you enjoy!

I was wondering quite what that noise was in the thorn bush. I half expected to see a giraffe poke its head out of the canopy, began to wonder if the sound of grass being torn and chewed came from a rhino hidden in the long grass. We rounded the corner. There was a small herd of Longhorn cattle. Butterflies continued to do their apparently indecisive dance around the flowers. On the lake swifts were skimming the water to drink, while great crested grebes and moorhens fussed around their young. Half a mile on, six storks began to wander across the grass, lazily grazing.

The previous night we’d gone to sleep with the static of bats and shrieks of owls. At 4am we were woken by crows and doves. Above the raptors, a plane began its descent into Gatwick. This was Sussex, not Africa. This is Knepp. 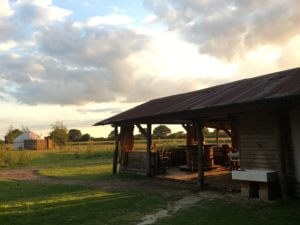 In 2001, Knepp’s owner Charles Burrell and his wife Isabella Tree were in trouble. The estate was struggling, the heavy Sussex clay not the ideal medium for crops. Even flinging fertiliser on it didn’t seem to work. Their solution was a dramatic one. They stopped farming conventionally and gave nature a chance, turning their 3,500acres over to the fallow and red deer, Exmoor ponies, Longhorn cattle and Tamworth pigs which now roam freely through the estate. The animals became the managers – and the land responded. What was dying began to breathe again. In come insects, which brought back a cacophany of birdlife  – including nightingales, turtle doves (Britain’s fastest-declining bird) and now the storks.

The ordered fields have been replaced by grasslands, thick stands of oak, and meadows. The estate is in profit, a place for safaris, courses, and camping and a beacon for rewilding.

I’d seen something similar earlier this year when I visited Stauning, where a misguided attempt in the 1960s by the Danish government introduce intensive farming to the Skjern delta by straightening the river and draining the floodplains had failed utterly. The soils became depleted, the salmon disappeared, the birds flew away. In the late ‘80s the process was reversed and now the land on either side of the once again meandering river lives once again.

There are related rewidling projects across Britain, including the reintroduction of keystone species such as beavers, or the programme to restore the Caledonian forest undertaken by Trees for Life. The results have been remarkable, all have resulted in a richer and more biodiverse environment as balance is reintroduced.

‘That’s all well and good,’ I hear you say, ‘now, tell us something important like how you scored the new Macallan. I mean, what’s any of this got to do with whisky?’ It’s a fair question, dear reader. One to which I’d answer… everything.

I’m not suggesting that it would be a good idea to have beavers romping through barley fields (though imagine having them build a distillery dam…) but the underlying principles of rewilding also apply to the need to bring the role of agriculture within whisky into sharper focus.

The fact that the over-simplistic regional explanation of Scotch is being challenged, does not invalidate an examination of what the concept actually means. Rather than regions we should be thinking of bioregions, areas defined by geology, climate, watersheds, altitude, and culture. Focusing on that creates the understanding of what grows best, and how resources can be managed and enhanced. The bioregion of Islay is different to that of the Spey watershed. The conditions are different, so distinct solutions are required.

In whisky, this starts by understanding that barley isn’t a commodity, but a crop from a specific spot, grown by people who have to make money in order to pay their bills. What though if what you are asking them to plant in order for them to live can only be grown with the aid of pesticides and fungicides which deplete the soil and reduce biodiversity?

Is there not then a logic in discovering what can be grown with minimal impact, yet which would still be profit as well as nutritious and flavourful? If a crop can only grow with the aid of chemicals then maybe it’s the wrong variety, and another might be better suited to the conditions.

We are familiar with the idea of a spirit’s flavour being the outcome of an intricate set of causal links within the distillery. Change one small thing and it has an effect. Whisky comes into being thank to this fragile equilibrium. Why though don’t we apply the same thinking to what lies outwith the distillery – the health of the forests used for the casks and the cereals growing in the field? It’s all very well saying ‘grain to glass’, but what of the soil the grain is grown on? 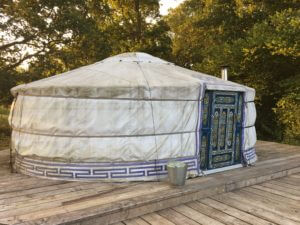 If rewilding is about re-etablishing lost connections, then part of it is starting to think beyond the idea of industrially-farmed commodities and recalibrating the relationship between distiller and farmer, and between farmer and land.

There is now a plan to rewild 2.5million acres of land and 30% of Britain’s waters by 2115. Can it work? I think it could, though I’m under no illusion about the challenges it presents. It won’t be easy to turn around an entire commodity-based system, but do we honestly have another option given the climate disaster which is unfolding?

The dram is your glass isn’t divorced from any of this. Its production impacts on the places from which it draws its ingredients. It is a living product of a place and conditions. We need to start thinking of whisky as an ecology.