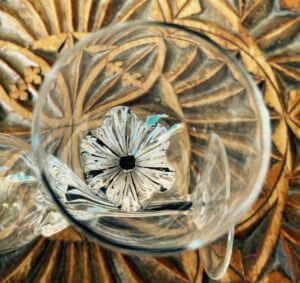 Whisky is about memories. Each aroma we have experienced is locked away somewhere in the deeper recesses of the brain, each moment logged.

It was on the beach below Bowmore distillery in the early ‘90s. Sitting with a dram after finishing a week’s work at the distillery, an attempt to work out how a whisky came together. I was the geek, the kid writing down the formulae, the weights and measurements, the temperatures, times, and strengths which, for someone with a profound inability at science or mathematics, was a strange route to take.

Each night I’d look at my notes to try and work out the story contained within the incomprehensible figures, and then recall how the guys I shadowed talked about their craft through touch and smell; the hand in the bed of malt, the smell of mashing or ferment, the aroma when that still was coming in. A sensory way of whisky-making.

During the day, Jim McEwan (at that point still manager) took me on drives round the island. We’d stop and smell flowers and blossoms, grass and seaweed. The balance seemed to shift away from the analytical into something which was real, yet at the same time abstract, or fanciful.

That was the dilemma as I sat on the beach with a dram. Stick with process, or move into a different area where aroma and flavour, people and place were more important. Even if I struggled with it, the first seemed the easier option, maybe because it was the orthodox approach: figures, analysis, scores. The second was more difficult because it was speculative, heart-driven.

The dram was Bowmore 17 year old, at that point regarded as the best of the range. I looked at the water. The sand damp, but warm, the kiln on, the glass slowly being emptied.

A wave hit the sun-heated sand, releasing its salt spray and ozone, mingling with the reek from the pagoda, or was it coming from the glass? I smelled the air, I went back to the empty glass. It was in both, the ghosts exhaling their final, perfumed, breath meeting the smell of this place at the precise moment when the wave hit the sand. It was the moment when things changed for me.

I knew that, for me, there were more possibilities in this world of flavour; a different way of articulating whisky which was less about the what, more of the why and how it absorbed me emotionally. The empty glass put me on another parallel path.