A quartet from Glenallachie featuring three 12 year olds which have been finished in different types of virgin oak, Chinquapin (Q.muehlenbergii) and two different examples of Q.robur, one from south-west France, the other from northern Spain.

The substantial difference in flavour between the last pair demonstrates how what is ostensibly the same species will have different flavours depending on the length and nature of seasoning, toasting level, and the terroir of the forest – climate, rainfall, humidity, and soil type.

Chinquapin is a subset of Q.alba, but is significantly different in its aromatic delivery. For years the whisky world has been happy to talk about ‘American white oak’, yet there are a multiplicity of different su-species within that catch-all definition some of which have their own highly individual flavour characteristics.

Glenmorangie examined this many years ago, while Davin de Kergommeaux has rightly railed against the laziness of the ‘white oak’ term for many years. Now that distillers like  Maybe now chinquapin’s will finally emerge.

This series is an important one because it shows how all of the factors, from species to where the tree grows, to cask construction will have an impact on flavour.

Does it work? Yes. Because the differences are clear. Are these whiskies I would return to? Yes, for those same reasons. They made me ask questions, wonder what was next.

They also spoke to me of how different virgin oaks could be used as elements within a blend, rather than on their own. 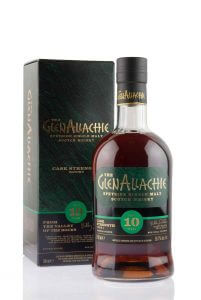 Nose: There’s a resinous quality to this, alongside some black cherry syrup, and a mix of baked and perfumed fruit (sloe, Moscatel). In time a touch of marmalade and burnt caramel adds a bittersweet element that’s given another dimension by a light earth tone. Water adds a more distinctly nutty element but there’s also shea butter, macadamia and a previousy hidden apricot element and light chocolate. Surprisngly gentle given the darkness of its hue Just goes to show, eh?

Palate: Sweet, quite thick, and solid. The bittersweet caramel and chocolate elements crop up again, then the fruits shift towards tayberry. The tannins are light. It opens into coffee cake, and pecan pie. Water maintains the soft, sweet mouthfilling quality, but there’s enough grip.

Conclusion: Rich and sweet and saved by its subtle structure. An impressive 10 year old. Rating: 4 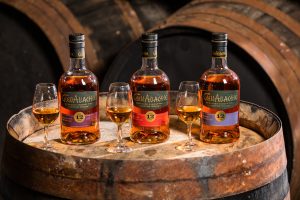 Nose: Chinquapin gives a ridiculously fat, sweet character to a whisky and this is a pretty classic example. The smell of candy, cinnamon, butterscotch icing on a caramel filled donut and overripe fruit. At times you’d swear this was a corn distillate. A drier element emerges quietly – light wood and tobacco. Water calms it a little and brings out some maltiness with a squirt of fondant cream.

Palate: It’s more complex now with an added spiced element and a little orange peel. The spices are, however, still on the sweet side, so imagine cinnamon toast and Swedish cinnamon buns and you’ll get the picture. It’s almost too soft and needs a little more structure.

Conclusion: The Chinquapin oak came from the northern Ozarks and was air dried for ‘almost four years’ and given a medium toast.  If you want instant, sweet, gratification then look no further.

Nose: There’s new oak elements in here. Slightly green, with some birch sap, and pine needles. It’s less sweet than the Chinquapin with dustier spices. Again there’s an earthy element seen on the 10 year old – though here it is more clearly defined. Although it does start to pick up a more syrupy quality, there’s always some greener elements. The addition of water decreases the abrupt quality of the neat nose and brings out a more distinctly honeyed quality, then vetiver, and dry-roasted spices.

Palate: This jostling between sweetness and green elements continues here. Simple syrup and grassiness. A creaminess emerges in the centre, before the wood emerges and starts to dry things adding a pleasant touch of toasted coriander. Water lightens it and allows the distillate to come through – more yellow fruit, apricot.

Conclusion: The French oak used here is Q.robur from the Haut-Garonne (Toulouse to the south west) given 15 months of air drying and then made into hogsheads. The grain is tighter than the Spanish oak.

Nose: For me, the most intense. In fact it is almost phenolic, with a slightly meaty undepinning as the more savoury side takes charge. There’s polish, and then the sweet smell of the sawmill, but also a little of the tobacco note seen on the Chinquapin. With water added, this remians on the oakier side, but there’s a honeyed element, and some chestnut puree. The expectation is one of a grippy palate.

Palate: Surprisingly soft. The distillery’s gentle calm sweetness is now coming through with heavy honey, and some mulled wine, That anticipated grip only begins to exert itself around the half way where you also get roasting coffee. With water you sense the tannins adding another dimension.

Conclusion: Here the wood was felled in the Cantabrian mountains in northern Spain. These were also made into hogsheads, but given 18 months air drying. The grain is wider than the French Q.robur hence the greater grip.This would add great structure to a blend.