This piece was originally published on the late lamented (but still much loved) scotchwhisky.com site. I’ll be adding some of these on occasion if they appear relevant, or simply because I like ’em. Hope you enjoy!

It was on that oft-debated subject – the rising price of ‘luxury’/’collectible whisky inspired by the launch of Macallan‘s 72 year old Genesis. Two months after this piece first appeared, the whisky, which was on sale for $60,000, fetched £83,000 at auction. I make no comment.

Into the Macallan warehouse, enveloped by the time-infused smell of dunnage, all bung cloth, damp earth, and whisky-steeped wood. Someone should bottle it. (©DB Unlikely Ideas 2019). Hands clamped to ice-cold glasses, the aromas reluctant to move, grumpy at being disturbed after 72 years of slumber.

It’s pale, paler than you expect – a good thing for a whisky of this age. Less oak, more oxygen. It flickers into life, revealing how the years have not just been about slow absorption, but also a steady peeling away, so that concentration and opening are revealed as part of the same thing.

It was A Moment. No question about that. I know that this is the only time I’ll taste it. Sniff gently and wet the lips. I’ve noticed that time seems to stop for a second when I taste a spirit of this age, whether it’s Black Bowmore, some pre-phylloxera Cognac, or this Macallan, the oldest whisky released by the distillery. There’s a pause, a mental gasp, as the mind gets to grip not just with the flavours, but with all which has happened since the cask was filled.

Moon landings, wars, summers of love, new ways of communication, changes in climate. This was made the same year as Dolly Parton, Sly Stallone, Syd Barrett and, er, Donald Trump were born.

They put you in a different place, these whiskies. Even if they don’t work, even if they are too astringent and tannic they speak to you, of men you will never meet, a time you have never seen; messages in bottles which have only now reached a distant shore. You know you are blessed to be in this job at this moment. 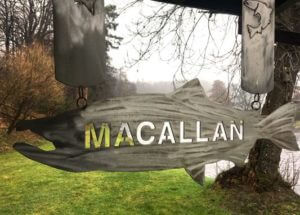 The tasting was the culmination of a day which had started with Highland cows posing as if in some Landseer painting, a smirr over the Spey as we go into the fishing hut for drams and warmth.

It had been a chance to get my head around the new Macallan and the way it flows across the estate from the river, to the cows and barley on the farm beside the hummocks of the new distillery, then rising up to the earth-brown warehouses. Water, to earth, to air. It’s a self-contained world, a Macallan world, or rather a world created by Macallan, culminating in a distillery which looks, and sometimes behaves more like a modern art gallery: the Scottish equivalent of the Tate Modern’s Turbine Hall, but with the equipment still left in. I’m inside it now, glass in hand still inhaling, the whisky now starting to open in the warmth. What would the guys have made of all of this?

What were they thinking in 1946 as the distillery sputtered back into life, still with barley rations, still using peat. Optimistic, or stunned by conflict? Was the stillman thinking of being home, or the front when he was making the cut; did the mashman see fallen friends when the tun was being filled?

What was in the mind of the warehouseman as he filled the casks, sending them off to blenders and merchants, to be opened who knows when? Family, love, the morning dram? It’s unlikely to be what might happen in seven decades time. But in a world in the process of renewal there were some constants: the barley would be sown, the salmon would run, whisky would be made. Distilling as an attempt to regain normality.

Reality crashes back in as the conversation restarts. There’s 600 decanters we’re told. Each will cost $60,000.

We might never get used to prices like that, but they are becoming more familiar, part of whisky’s evolution, the next pool in the river, the next leap of faith (or hope). I can never quite be inured to the fact that a bottle can cost twice the average wage, the same price as a car, or a luxury watch.

I try to rationalise it via the latter. I can appreciate the craft in its construction, but the time is the same whether you are looking at a Swatch, phone, computer clock, or a Patek Philippe. A fine watch doesn’t qualify you for better time. I do, however, understand why they are collectible and beautiful pieces of functional art. You want to spend $60k on a watch? Go ahead. Knock yourself out.

Why then is there this niggle about whisky playing in the same realm? It isn’t simply that nothing is worth that, because these decanters will sell, proving some people clearly think that they are. 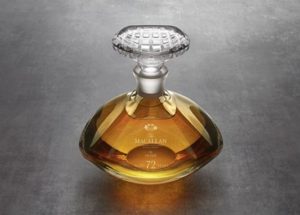 Is it because whisky is something I care about, because, once, I could afford pretty much all of it and now resent that some is (way) beyond my reach? Could it be because it’s evidence of whisky getting a bit uppity? That last one’s a very Scottish reaction. There’s a saying here, ‘I kent his faither’ [trans: I knew his father, meaning the father was better, yet made no fuss about it].

Saying that, however, also suggests that whisky shouldn’t exist in this domain, a peasant with his mucky boots, sitting at a table in a 3-Michelin-star restaurant. Why shouldn’t it? Bugger that. Bring me the tasting menu, thank you garçon. There’s your beginner’s guide to the contradictory nature of the Scottish psyche.

In other words, I’m conflicted. Not resentful, but not wholly accepting. Maybe I can’t get my head around it because it is impossible to assess a whisky at this price in a normal way. Can you ever say anything is worth $60,000 if you’ve never had that amount of money to spend? Strangely, it’s easier to assess whiskies at £3,000 than it is when they are 10, or 20 times, that amount. This exists in its own bubble. 72 years, 400 litres in total, Lalique, amazing packaging. Why not $60k?

And yet, when I look back at the day, it’s not just that moment of time stopping then scrolling backwards as a remarkable liquid touched my lips, it’s also standing by the Spey, a dram of 12 year old, talking about fishing with the ghillie.

The river flows, changes, yet stays a constant. You need that in whisky, that anchor to place and people. You might have a 72 year old, but you need the 12 even more. I’ve sat at the top table and loved it. I’m back at the river, with mud on my boots, and am happier there.