The other afternoon, I sat in on an on-line tasting of the new Black Bowmore DB5 1964.

Or rather what I thought was the new Black Bowmore. In fact, it’s the last 25 bottles of the 3rd edition, repackaged by Aston Martin – the first in what we were told is a new partnership between the distillery and the luxury car maker.

I enjoyed the tasting – who wouldn’t? – but left it feeling uneasy. Then, last night, a posting appeared on Instagram. ‘In post Brexit and covid times [the launch of this whisky] means hope’ it read. The gist, that luxury will lead us out of this mess. When I looked at the bottle, it wasn’t hope I saw. 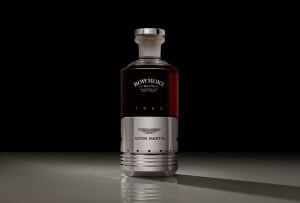 This isn’t a dig at one firm. Every major Scotch distiller is still playing at (and with) the top end. I’m not naive enough to believe that the ultra-rare category should diaappear. That gremlin can’t be put back into Pandora’s jar. It’s flown. The private client business will continue, the ultra-luxe arrivals will not stop.

I was one of those who felt at the start of this… shite … that there was a chance that, no matter the privations, we appeared to be working together, being kind, compassionate.

Our hope was invested in the people who stepped up: the key care workers, the  delivery drivers on zero hours contracts, the supermarket workers, the families running corner shops, the unseen functionaries who keep this island going.

We thought we were in it together, that the rich would step up and if not devote time, then divert some money.

And now? We find that only 36 out of the UK’s 100 biggest companies reduced their chief executives’ pay, and if there were reductions, bonuses weren’t affected. Maybe we shouldn’t be surprised. Maybe we should be glad they could afford a £50,000 bottle of whisky. It gives us hope, doesn’t it?

It’s not the fact that 25 bottles of an unsold whisky repackaged in an Aston Martin piston for £50k exist (and trust me that sentence looks weirder every time I write it). It’s the optics of releasing it at a time when most of us are looking at reduced work, redundancy, and declining bank balances.

Key among them are the people behind bars, the whisky industry’s front line, those who talk and mix, serve and advise; who are now looking at their businesses closing, prey to restrictions, social distancing, a rightly cautious public, and uncaring landlords.

There must be balance. Distillers’ profits are down, but that doesn’t mean compassion and thoughtfulness should also decline.

Some firms have stepped up with donations and help. Others haven’t.

Imagine though if a percentage of the profits of this whisky were to go to charities helping the hospitality trade.

Imagine if every Scotch firm did something similar with their top end releases at a rate that would still allow their workers in distilleries and bottling lines to be be employed.

Imagine (those of you of a more cynical mindset) the goodwill for the brand.

There is money at at the top end. That means there is money to be made there. I accept that. I don’t always understand the motivations of the people buying these things, but I accept it.

The Scotch industry cannot however take this as a sign that this is the only part of the market which needs to be served.

So forgive me. I don’t see hope in the same way as the IG poster does. I don’t see 25 bottles as some sort of ‘healing’.

I do see hope in the selfless work being done by The Ben, the Drinks Trust  and the COVID-19EAD team in Melbourne still putting out meals every day to their colleagues in the hospitality industry. They need our support.

The industry could lead. It should lead. Will it? The last remaining being in Pandora’s jar, you may recall, was hope. Which hope will you choose?