Well, hello.  And welcome to thewhiskymanual I probably should have done this years ago – not’s not as if people hadn’t told me to – but, you know, these things can take time to mature.

So, ‘why now Dave?’ you ask. Well, something happened late last year when the main outlet for my thoughts, rants and tastings closed down. I’d just started to write a piece when the news came in. 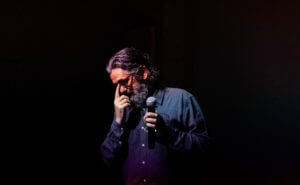 “Last weekend was spent in Paris (I know, I know) and more specifically in La Grand Halle de la Villette, where thousands of people turned up to taste and learn, sip and discuss, or relax and drink cocktails. I did all of that.

There was a feeling that this Whisky Live was the one where the barriers finally came down, that it was no longer us and them, that the show wasn’t just for those already invested in whisky, but for everyone, no matter whether they wanted the geeky details, or simply to chill and talk with friends.

Whisky, it seemed in the autumn sunshine, was no longer for the elite, it no longer sat on its own, both shy and ever so slightly precious. The attendees wandered between it and rum and Calvados, Cognac, and fruit spirits; Scotches rubbed shoulders with Bourbon and Canadian, the whiskies from Japan, Finland, England, Israel, Australia, France all had equal status. Any old boundaries had disappeared. It’s been a long road, but this felt like the start of something new.”

Then it happened. It’s strange to read it in light of what happened, but it was the spur to stop (over) relying on others and do something myself.

As a writer I have to accept that the nature of communication is changing. The old models are dying. The world can seem to value image, rather than words, influencers take priority over writers.

Nothing is permanent, but I have to believe that there is another way, that people don’t just want to know what whisky – or any other great spirit – is and what it is like, but why it is the way it is; that there is a need to see how any spirit in all of its myriad forms is part of a bigger picture, that we have to continue to find out why it touches peoples hearts and souls, and makes them speak and sing and cry and smile.

At this time when whisky is being made in more places than ever before, where new drinkers from a new generation are becoming involved there is an even more important  role for people to talk and write about it.

These are magical liquids which manage, somehow, to span the world and act as a form of communication between people; which eliminate class and sexuality, religion and politics and help make us, in some way, human.

That sounds grand, but I believe it. It’s what keeps me going. Because we have Paris. Maybe we always did, but I’ve only now realised it fully.

I hope there will be things that intrigue, provoke and interest you.